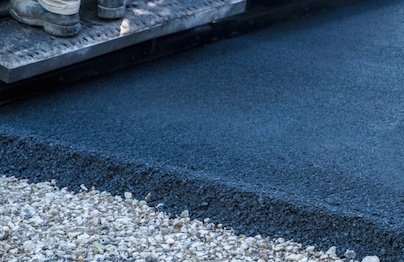 We understand that asphalt driveway repair or replacement is an important decision for you and your property.  You’ll be in good hands with us.  We take great pride in our Driveway services and customer satisfaction.  From New Driveway installation to.. Read more

Here at Advanced Paving and Sealing, Parking lot repair and maintenance is a big part of our business.  For 3+ decades we’ve been repairing, replacing and paving local MI Parking Lots.  Our experienced team will take your project from planning to a finished project.. Read more 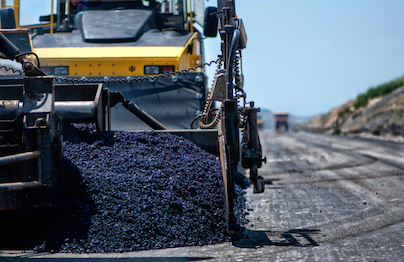 Potholes and rough roads are a consistent problem here in Western MI.  Working with local municipalities to solve these problems is a specialty at Advanced Sealing and Paving.  We have the experience, skill and team to handle large Road Paving projects seamlessly.. Contact Us

Asphalt Contractor in Grand Rapids Called in for Restaurant Expansion

Recently Advanced Sealing & Paving was contacted by an owner of a barbecue restaurant in Grand Rapids. The barbecue restaurant owner wanted to expand their parking lot after a great winter season. He had increased their patio space and needed the parking lot to accommodate more seating. He called us because we had previously installed their parking lot as their exclusive Grand Rapids asphalt contractor. It was a no brainer that he was going to have us do this project for him, too.

The Advanced Sealing & Paving professionals arrived at the restaurant to meet with the customer. We wanted to see where he wanted the parking lot expanded and give him an estimate that he was comfortable with. We measured the area, then gave the customer the estimate. He asked us when we would be able to start on the parking lot. We let him know that we could start as soon as tomorrow morning, which pleased the customer. The crew arrived bright and early the next day and started the expansion. The crew worked each day until the parking lot was installed. On the last day, as we were cleaning up and packing our equipment, the customer came over to thank us for doing another excellent job for him. He said that Advanced Sealing & Paving is the best and most qualified asphalt contractor in Grand Rapids, then invited us all in for a delicious barbecue dinner to show his appreciation.

An equipment rental store in East Grand Rapids called Advanced Sealing and Paving to perform our top notch East Grand Rapids parking lot maintenance services. The store had some heavier machinery that was becoming difficult for customers to load when they would get caught up in the parking lot, which was in a state of disrepair. We were able to give them a great price on making the lot look great and perform well for the store’s customers. They were so impressed with the quote that we gave them that the hired us on the spot to start the repairs.

The Advanced Sealing and Paving professionals arrived on the date that the customer requested. The maintenance that we were going to provide included pothole filling and patching, crack filling, then applying sealcoating, so the parking lot would look great, but more importantly to stand up to the weight of the heavy equipment that the rental store provided to their customers. We worked several days until we had the work completed. The equipment store owners couldn’t get over the transformation of the parking lot. They said they were very impressed with our work and was sure happy that they called Advanced Sealing and Paving for the best parking lot maintenance East Grand Rapids business owners could count on. The customer’s said that we really did an amazing job and their parking lot looks like a brand new one had been installed.

An elderly client was having trouble getting in and out of the house and car, so their loving and devoted son called Advanced Sealing and Paving for a Zeeland driveway repair. The client was a grandfather who didn’t want to make a big fuss, but had a much easier time moving around his property after we patched his potholes.

The Advanced Sealing and Paving team arrived at the Zeeland home and the client was surprised to see us. The client said he forgot that he was getting serviced, but we let him know that his son wanted to make sure his dad was safe and called us out to repair his driveway. Once the older gentleman confirmed with his son we were able to get to work. The crew went to work immediately to patch the potholes and the crew was able to have the driveway back in tip top shape by the afternoon. The crew told the client that he can now maneuver around his driveway with ease, because the driveway is all repaired now. The client thanked us for doing a great job and he said that he has the best son ever. He is very happy that his son called Advanced Sealing and Paving for the best driveway repair in Zeeland, because now he can go more places in his car now that the driveway is fixed. The client said he couldn’t afford to have much work done at his home and his son was nice enough to do this on his own. Advanced Sealing and Paving is happy that we could provide this service for this nice client.

A video game store clerk was tasked with finding a good asphalt contractor to bring to the manager, so that he could get promoted to assistant manager. The clerk was amped by the potential opportunity, and did hours of research. He even went as far as interviewing local business owners and residents. The clerk was determined to get his promotion. The consensus was clear, so the employee called Advanced Sealing and Paving and described the job. The fairest asphalt contractor Walker is serviced by was able to deliver a reliable estimate, which pleased the manager enough to give his hardworking employee the promotion.

The clerk received his promotion, and is now the assistant manager. He is pleased that his hard work, determination, and lengthy investigation work on finding the most qualified asphalt contractor in Walker paid off. Now his next goal is to become the manager of the video game store when a new branch opens.

We re-paved a parking lot in Holland, Michigan after the owner noticed all of the damage. Whether you choose to repair or repave your asphalt, it is up to you. With the weather changes and freeze-thaw cycles, there will never be a permanent solution for your asphalt because maintenance will be necessary to extend the life of the surface. Our customer’s cracks were beginning to damage the base, so it’s good that we weren’t called any later for this repair. When we arrived, the first thing the crew did was prep and clean the asphalt, then fill the cracks. We used a leaf blower to loosen any dirt and debris. Then rinsing is a good idea because the cleaner the surface, the easier it is for sealant or filler to stick. We filled all of the holes and smoothed the surface. We then applied the resurfacer on the asphalt and smoothed it over as more resurfacer was being poured ahead of it. Once it was all even, our customer took a look at the wet finish.  Our customer said he would the parking lot looked amazing and it made a dramatic improvement!

One of our loyal customers in Holland called us to repair his parking lot cracks. We have been servicing him for years and have become his go-to paving company. After much traffic passing through his parking lot, cracks began emerging and needed to be repaired before they got any worse. It took us a few hours to completely fill the cracks because the lot was so large. With all of the rain Holland had received, it’s good that he called us before the temperature outside got any colder and the freeze cycle began. After we finished the service, we got our customer’s final approval. He said it looked great, as usual! He had been a longtime customer after finding us on Google years ago and hiring us. He has been so impressed with our team of workers and continues to use our services.

You can trust Advanced Sealing and Paving for all of your parking lot or driveway services. We thrive on providing great quality work, every time. Check out all of our Holland asphalt sealing and paving services, here!

Recently, Advanced Sealing & Paving did repairs for a customer in Byron Center. The customer was a golfing enthusiast who had slowly ruined part of his driveway by always walking back and forth wearing his golf cleats. The driveway was getting so bad that his wife told him to get it fixed immediately or there […]

“Thank You Guys!  Our project was large, had many different sections and a strict timeline.  Your entire team at Advanced Sealing was fantastic.  You were able to keep everything on track and our Parking Lot and entrances look great.”